How to best use data to meet your DE&I goals


Summary. From credit card interest rates to listing the calorie content on restaurant menus, data disclosure can be a powerful tool to change behavior. And when done right, the collection, analysis, and disclosure of diversity data holds the promise of being a powerful lever for progress. Organizations looking to make the best use of their diversity data must: 1) Present it in a way that’s simple, salient, and comparable; 2) Leverage it to empower the right people to act; 3) Use it to set goals that create accountability and increase follow-through; and 4) Leverage it to shift social norms around DEI.

In 2014, several large tech companies including Apple, Facebook, Google, and Microsoft started releasing annual diversity reports detailing their workforce composition. The data themselves were not cause for celebration: The reports showed that women made up approximately 30% of the overall workforce and between 15% and 20% of the technical workforce of these companies. Blacks and Hispanics were represented in the low single digits, on average.

However, the move was hailed as a win for transparency and as a harbinger for more progress to come on diversifying the industry. And as behavioral scientists, we would have agreed with that prediction. There’s plenty of research to suggest that data disclosure in domains as varied as credit card terms, restaurant hygiene grades, and energy consumption can be a powerful tool to change behavior. In many cases, disclosure affects the behavior of the providers of the information even before the recipients of the information. For example, restaurants that are subject to calorie labeling requirements tend to have more healthy options on their menus than those that don’t disclose the calorie content of their foods — even though the evidence on customers’ choices is more mixed.

As we now know, our hopes for increased diversity, equity, and inclusion (DEI) in tech have not come to fruition. The industry remains overwhelmingly white, Asian, and male-dominated, especially in technical jobs: For example, Black and Latina women hold only a combined 4% of computing occupations. Simply put, in the realm of DEI, data disclosure alone is likely not enough to spur meaningful change. Which raises the question: Is there something unique about diversity data such that their disclosure does not drive behavior in the same way as data in other domains? Or might we be able to leverage further insights from behavioral science to help organizations use diversity data as an engine for progress on DEI?

We dug into these questions in a recent white paper. Our findings and several real-world examples show that when done right, the collection, analysis, and disclosure of diversity data indeed holds the promise of being a powerful lever for progress. This is especially true in the present moment as the Covid-19 pandemic and the movement for racial justice have spurred companies to re-examine how they drive equity.

Here are four key insights organizations should keep in mind to make the best use of their diversity data.

Present diversity data in a way that is simple, salient, and comparable.

All data are not created equal: To be actionable, and to have a chance of influencing behavior, information needs to be legible to the intended audience. The U.S. Department of Agriculture understood this when, in 2011, it moved from the food pyramid to the plate model to communicate healthy eating guidelines – after all, we don’t eat off of pyramids; we eat off of plates.

In our work we have found that many companies have all the right data points at their fingertips but little clarity about what the data mean. Employee information sitting passively in one or more HR databases is a far cry from actionable DEI insights. And company-wide metrics may mean nothing to an individual manager trying to decide whom to hire or promote.

Therefore, it’s essential to present diversity data in an easy-to-understand, customizable scorecard or dashboard that is relevant to its intended users. The data presentation should allow for easy comparisons between units and across time periods. This was exactly the approach adopted by the London Organizing Committee of the 2012 Olympic and Paralympic Games (LOCOG), which had to embark on a rapid, 200,000-person hiring spree. It extended the collection and reporting of diversity data to its own organization, as well as contractors, consultants, secondees, and sub-contractors involved in the Games.

All staff had access to a monthly topline snapshot of the organization’s diversity metrics across seven dimensions, including gender and gender identity, disability, ethnicity, and socioeconomic status, while senior leaders received detailed monthly reports broken down by department. The diversity data were presented alongside recruitment targets based on the relevant labor market. Each department was benchmarked, and each functional area ranked on their hiring record every month. Importantly, this allowed the LOCOG team to identify patterns early and to intervene swiftly in the face of irregularities.

Ultimately, the organizers achieved or surpassed all of their diversity targets with 46% women, 40% ethnic minorities, and 9% people with disabilities in the Games workforce.

Leverage diversity data to empower the right people to act.

When Ros Atkins, the presenter of a nightly news program at the BBC, set out to increase the representation of women on his own show, he knew that gathering and monitoring data would be essential. In devising his data collection methodology — which has since grown into the global 50:50 Project aimed at attaining gender equality in media representation — he made two key decisions. First, he decided that the data on gender representation on his show would be collected, tracked, and reviewed at nightly post-show debriefs. Second, Atkins and his team decided that they would only measure what they could control, i.e., the guests and contributors they booked to comment on the day’s news. For example, the protagonists of the day’s news stories (such as a president or CEO giving a critical speech) were out of their hands, so they were excluded from the daily tally and the 50-50 gender representation goal.

Atkins’ approach stands in stark contrast to most organizations, where diversity data are collected and tracked by the HR, D&I, or People Analytics teams far from the front line. Besides making data less accessible to the average employee, this practice can also reduce employees’ sense of ownership over the numbers.

In order to use diversity data as a driver of DEI progress, organizations need to make clear to employees the connection between their daily decisions and the resulting diversity outcomes. Since the key actions shaping an organization’s workforce composition are external hiring, internal (lateral) hiring, promotion, and turnover/retention, diversity metrics around each of these processes should be broken down and tracked by division, level, geography, and individual manager — and over time. Or better yet, like Atkins, organizations should empower employees themselves to track and measure organizational DEI metrics.

Data are useful to expose a problem and garner attention — after all, what does not get measured does not count. But sometimes the numbers alone don’t garner the will to change DEI-relevant behaviors.

Goals are an even more potent mechanism to achieve behavior change. They serve to mobilize both the will (motivation) as well as the way (effort and strategies) of behavior change. Moreover, when goals are made public, they provide an accountability mechanism that research shows makes us more likely to achieve our aims.

Perhaps not coincidentally, large tech companies’ diversity disclosures have not included public goals or targets, with very few exceptions. However, even in tech, there are examples of successful goal-driven progress on DEI. Red Hat Canada, the Canadian subsidiary of the U.S.-based open source software company, increased the share of women in its sales force from 5% in mid-2014 to 40% in mid-2017, meeting its three-year goal.

According to Luc Villeneuve, the Canadian country leader for Red Hat at the time, embedding gender diversity in the company’s business goals was key in achieving the transformative change. As part of the drive to recruit more women, Villeneuve role modeled the desired behavior changes by auditing his LinkedIn network — the company recruited heavily through personal connections and referrals — and setting a goal of having women make up 20% of his LinkedIn connections by 2017, up from a mere 4% in 2014. Within a few months, he was spending nearly half of his time sourcing and interviewing women candidates for open roles. Such individual actions were supported by company-wide initiatives to shore up the hiring pipeline through outreach to middle schools and others.

In industries, like tech, where the lack of diversity is an endemic, system-wide problem, it can be particularly challenging to mobilize change at an organizational level. In fact, some leaders have expressed concern that publicly releasing diversity data may serve to reinforce the perception (or norm) that tech is not a welcoming environment for underrepresented groups.

Norms are, indeed, powerful influencers of behavior, and they can be effectively shaped through diversity data. Take the example of the UK, where women’s representation on the boards of the FTSE 100 companies has increased from 9% in 2011 to 33% in 2020. Besides following our other advice above — presenting and tracking board composition data in a simple, salient way; using the data to empower board chairs, company leaders, and executive search firms to appoint more women; and setting specific goals for representation, which have been consistently reached — companies, activists, the UK government, academia, and the media have used the board diversity data to shift social norms over the past decade.

Instead of focusing on the lack of women on boards initially, they emphasized the overwhelming majority of companies that already had at least one woman on their board. Then, as the numbers of women started to increase further, the messaging focused on highlighting success stories, and naming and shaming the laggards, inducing competition between company boards as well as the executive search firms that supplied them with director candidates. As such, board gender diversity data played a catalyzing role in shaping norms by putting gender diversity on the agenda of boards and companies, and by creating reputational consequences for inaction.

This all amounts to the following simple and actionable advice to companies: Manage DEI in exactly the same rigorous and data-driven way you manage the rest of your business. Achieving DEI objectives requires no more and no less than the use of the same planning, feedback, and accountability processes that are deployed to reach targets in sales, product development, and budgeting. Data drives targeted action and creates accountability in these domains, and so it should in DEI as well. 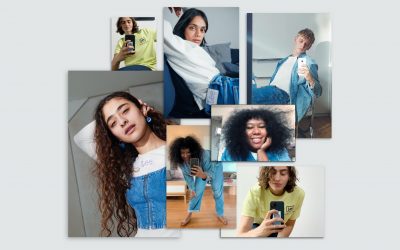 Lee X H&M: collaborating for the next generation of more sustainable denim

Source : H&MH&M is proud to announce it has collaborated with American denim legends Lee to push for the next generation of more sustainable denim. It’s a holistic collaboration with advances at every stage of design and production, from H&M’s first ever...

END_OF_DOCUMENT_TOKEN_TO_BE_REPLACED 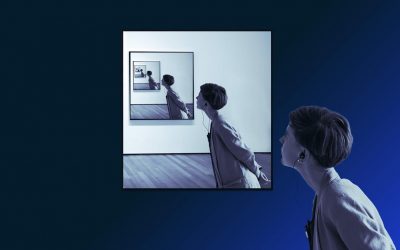 The next normal arrives: Trends that will define 2021—and beyond

Source : Mc KinseyThe COVID-19 pandemic has changed the world, and its effects will last. Here are some factors that business leaders should keep in mind as they prepare for the next normal. Businesses have spent much of the past nine months scrambling to adapt to...

END_OF_DOCUMENT_TOKEN_TO_BE_REPLACED 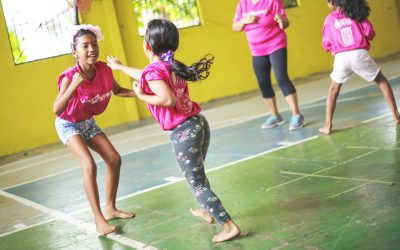 Source : OlympicOn this International Day of the Girl, Young Leader Carolina Joly shares the reasons that prompted her to develop “Move to improve”, a project aimed at empowering women in her home country Panama, and explains how she kept the project running despite...

END_OF_DOCUMENT_TOKEN_TO_BE_REPLACED
We use cookies to provide you with the best experience on our website.AcceptReject non-functional cookies
You can revoke your consent at any time by using the "Revoke Consent" button.Revoke consent